From time to time various news sources do features that are either directly related to The Turning Point Center or addiction in general. This is the place to find links to them. If you know of something that you think should be here but isn’t, let us know!

It’s hard to say exactly how many people visit Turning Point — its staff and volunteers log roughly 3,000 visits a month, though some are repeats. The center’s events calendar suggests there’s almost always something going on.

The Turning Point Center in Burlington offers classes to people recovering from substance abuse. The Recovery community program was started in 2015 by Meg Tipper, a former addict turned yoga instructor.

Burlington woman gets back on her feet after addiction and homelessness.

Yoga as a Drug Recovery Tool

At 10:30 on a Friday morning, Meg Tipper draws the folding wall that stretches across the Turning Point Center closed and puts out a last call for yoga, then turns her attention to the four students in front of her.

The recovery yoga program at the Turning Point Center is Tipper’s brainchild, conceived after she  earned her yoga teaching certification.

Live Be Yoga Tour: The Documentary

In 2016, Yoga Journal and Gaia came together to ask the question, “What does yoga in America look like today?” After 15,000 miles, 45 cities in 26 states, and more than 150 interviews, from Flint, Michigan, to San Quentin State Prison, this is what we found. Watch this video to relive the most amazing moments of the Live Be Yoga Tour.

The U.S. Department of Health and Human Services announced $53 million in funding to 44 states including VT, four tribes and the District of Columbia to improve access to treatment for opioid use disorders, reduce opioid-related deaths, and strengthen drug misuse prevention efforts.

Opioid addiction recovery through yoga – Turning Point Center now has yoga classes as a part of their recovery plans.

Interview with the Free Press

The Turning Point Center is a peer-run recovery center for those in recovery from alcohol and/or drug abuse addictions. Gary De Carolis shares his experiences working with people who have an addiction.

See an in depth interview with Turning Point Center of Chittenden County former Executive Director Gary De Carolis on WCAX. The interview is 5 minutes of on point questions and informative answers that really drives home what the Turning Point is all about, and why we are here.

NECN has a great feature story!

Heroin Addiction – I Wouldn’t Wish It On My Worst Enemy

Governer Shumlin speaks out about the importance of dealing with addiction as a disease rather than a crime, and if you watch it past the three minute and 38 second mark, you’ll see a few people you might know being interviewed as well as a bit of coverage of The Turning Point!

Warren covers the current upswing in Heroin Addiction. If you listen closely, you might hear the voice of someone you know!

Our groups and programs meet in person.

We are open virtually. Please explore our website for virtual activities and Zoom meetings.

You can also visit our Staff page to write for support. 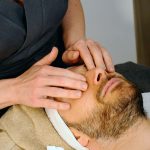